Pioneering study by Dr. Aazh’s tinnitus team showed that a diagnosis of hyperacusis handicap based on HQ scores can be made consistent with a diagnosis based on ULLs if the following cut-off scores are adopted for a positive diagnosis: the average ULL at 0.25, 0.5, 1, 2, 4 and 8 kHz for the ear with the lower average ULL, ULLmin, should be ≤77 dB HL and the HQ score should be ≥22 (Aazh & Moore 2017). With these cut-off values, 95% of patients with HQ scores meeting the criterion will also meet the criterion based on ULLs, and vice versa.

The graphs show the distribution of different values of ULLmin and HQ scores among over 1000 patients who were seen by Dr. Aazh’s tinnitus team for tinnitus, and/or hyperacusis, and/or misophonia. 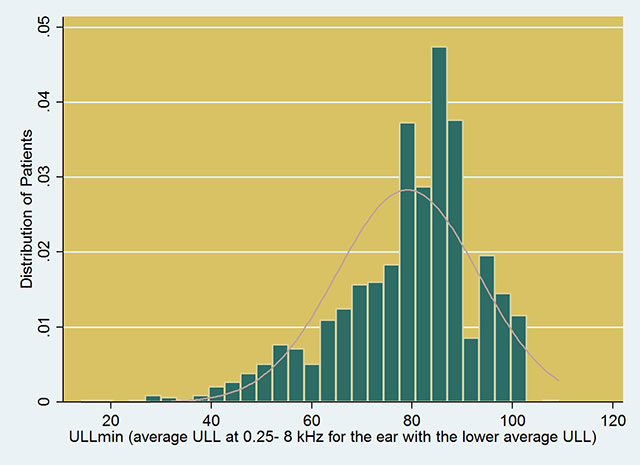 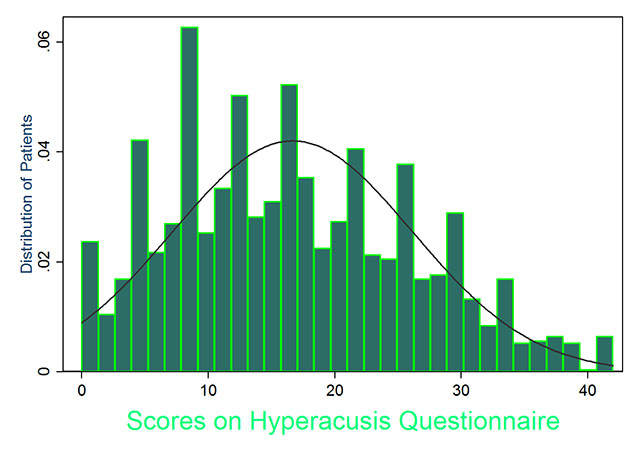 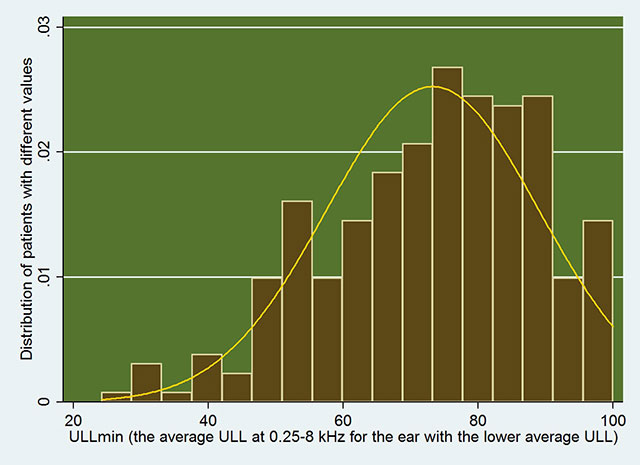 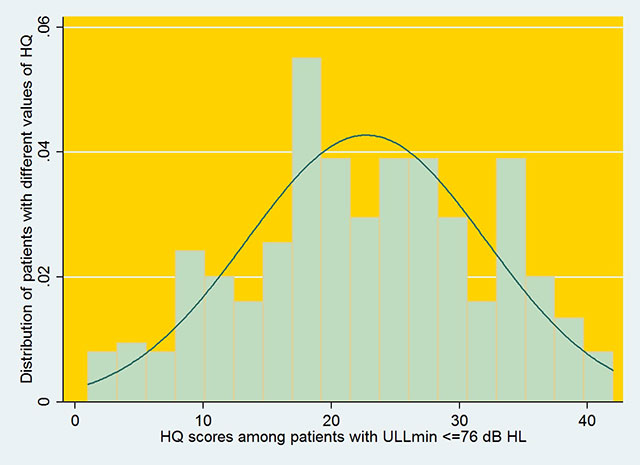 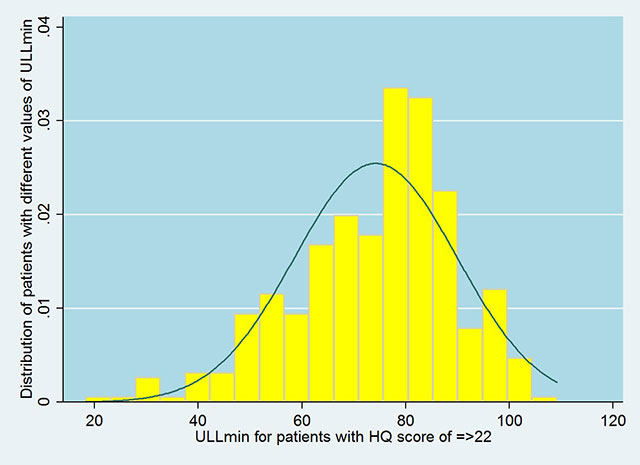 The boundaries of the 95% CI of the mean ULLmin for patients with HQ scores of 22 or above were 71.8 and 77 dB HL. Given the upper limit of 77 dB HL, it seems reasonable to propose that hyperacusis handicap is indicated by a ULLmin value of 77 dB HL or less. This ULL-based criterion would encompass 95% of those with significant hyperacusis handicap, as indicated by HQ scores of 22 or more. The mean HQ score was 16.1 (95% CI: 15.2 to 17) for patients with average ULLs for the worse ear above 77 dB HL and was 23.5 (95% CI: 22 to 25) for patients with average ULLs of the worse ear ≤77 dB HL. See the histogram of HQ distribution for patients with ULLmin of ≤77 dB HL. 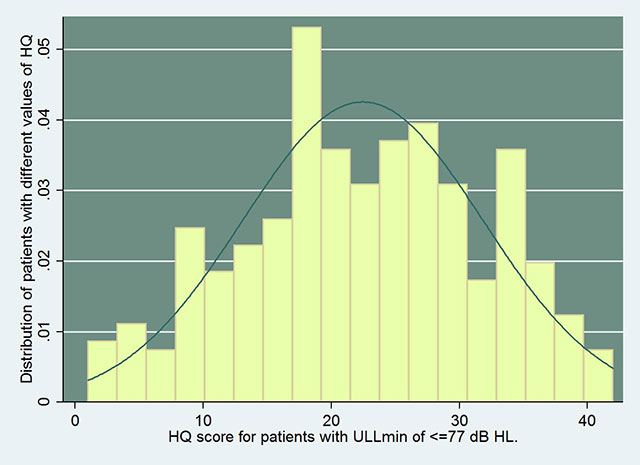 In summary, with appropriate choice of the cut-off values required for the diagnosis of hyperacusis handicap, a good correspondence can be obtained between diagnoses based on ULLs and on HQ scores. Appropriate cut-off values are ULLmin ≤77 dB HL and HQ score ≥22.