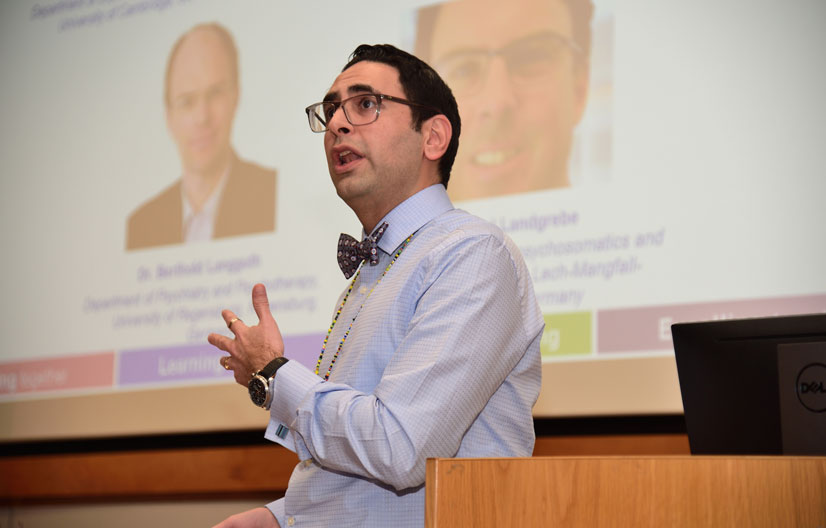 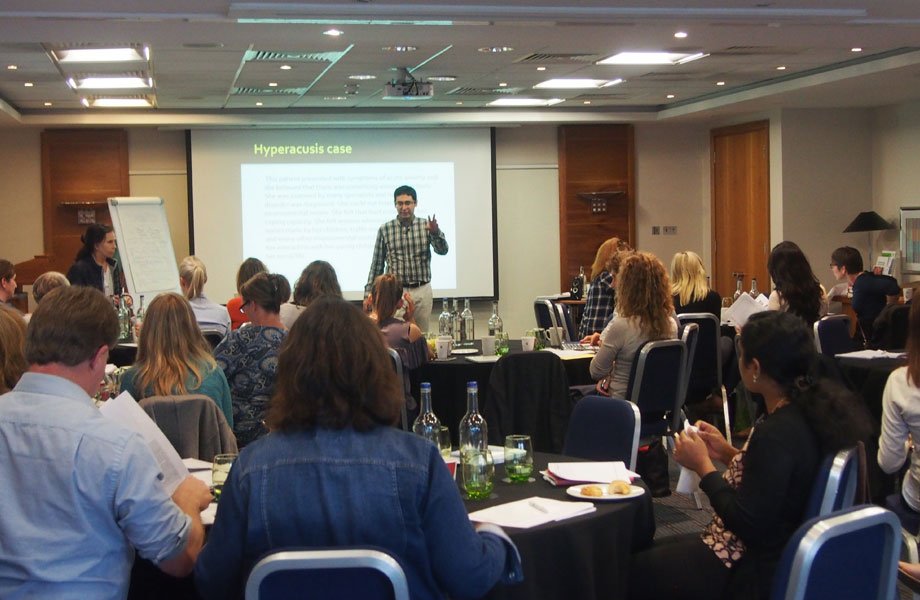 All patients should undergo thorough medical evaluation by their physician and ENT specialist prior to be referred for tinnitus and/or hyperacusis rehabilitation. The psycho-audiological assessment methods used in the process of tinnitus and/or hyperacusis rehabilitation comprise (1) pure tone audiometry (modified version of the BSA, 2011a), (2) Uncomfortable Loudness Levels (ULLs) test (modified version of the BSA, 2011b), (3) assessment of tinnitus and hyperacusis using psychometric instruments, (4) insomnia assessment, and (5) screening of the psychological disorders.

Pure tone audiogram should be measured using the procedure recommended by the British Society of Audiology (BSA 2011a), but with some modifications proposed by Aazh and Moore (2017b) to avoid any discomfort for patients who experience tinnitus, hyperacusis, misophonia or any type of noise sensitivity. The starting presentation level at 0.25, 0.5, 2, 3, 4, 6, and 8 kHz should be equal to the measured audiometric threshold at the adjacent frequency (e.g., if the threshold at 1 kHz is 20 dB HL, the starting level for measuring the threshold at 2 kHz should be 20 dB HL, instead of 50 dB HL as recommended by the BSA).

ULLs should be measured following the BSA recommended procedure (BSA 2011b), but with the modifications proposed by Aazh and Moore (2017b), to avoid any discomfort. The starting presentation level should be equal to the measured audiometric threshold at the test frequency. In addition, levels above 80 dB HL are not used. If the ULL is not reached at 80 dB HL, the ULL at the test frequency is recorded as 85 dB HL.

Recent survey conducted by Dr. Aazh’s tinnitus team showed that 35% of patients who sought help for tinnitus and/or hyperacusis (373/1067) had hyperacusis based on ULLmin diagnostic criteria.

Severe hyperacusis should be diagnosed when a ULL of 30 dB HL or less is measured for at least one of frequency from 0.25, 0.5, 1, 2, 3, 4, 6, and 8 kHz, for at least one ear (Aazh & Moore 2018). Recent survey conducted by Dr. Aazh’s tinnitus team showed that 4% of patients who sought help for tinnitus and/or hyperacusis (48/1067) had severe hyperacusis. Read Dr.Aazh’s pioneering study published in the Journal of the American Academy of Audiology on Prevalence and Characteristics of Patients with Severe Hyperacusis

The questionnaires listed below should be applied before the start of the treatment and at the end of the last session. Patients should complete these without involvement of their audiologist.

This is a 7-item questionnaire for assessment of anxiety symptoms. Patients are asked how often during the last 2 weeks they had been bothered by each symptom. Response options are not at all (0), several days (1), more than half the days (2), and nearly every day (3). The total score ranges from 0 to 21. The recommended cut-off score for generalized anxiety in the UK mental health system is a score of 8 or above (IAPT 2011).

This is a 9-item questionnaire for assessment of depression. The total score ranges from 0 to 27. The recommended cut-off for caseness for depression in the UK mental health system is a score of 10 or above (IAPT 2011).

Aazh, H., & Moore, B. C. J. (2017a). Factors related to Uncomfortable Loudness Levels for patients seen in a tinnitus and hyperacusis clinic. International Journal of Audiology 56, 793-800.

Aazh, H., & Moore, B. C. J. (2017b). Incidence of discomfort during pure-tone audiometry and measurement of uncomfortable loudness levels among People seeking help for tinnitus and/or hyperacusis American Journal of Audiolgy, 26, 226-232.

BSA (2011a). Pure-tone air-conduction and bone-conduction threshold audiometry with and without masking: Recommended Procedure. Reading, UK: British Society of Audiology.